Homes for Sale in Herriman

Rapid growth in Herriman grew the area from a town to a city that was incorporated in 1999. Herriman began as Fort Herriman in 1851. The Fort was abandoned by 1857 and the only remnants that remain is a pair of Black Locust trees that stand where the the Front entrance was located. Herriman remained small until approximately 1999 when a petition was started asking residents to incorporate into a town.

Herriman saw massive expansion in 2007 after a land dispute between neighboring Bluffdale was settled and nearly 4,000 acres was annexed into one of Herriman’s founding suburbs which dramatically brought up Herriman’s population and turned the town into a city. Major League Soccer has its presence in Herriman as well with the Zions Bank Real Academy a soccer complex that serves as the MLS Real Salt Lake training facility. The facility also includes a 5,000 seat stadium for Real’s MLS Next Pro affiliate team Real Monarchs. It also hosts as the home of Utah Warriors of Major League Rugby. 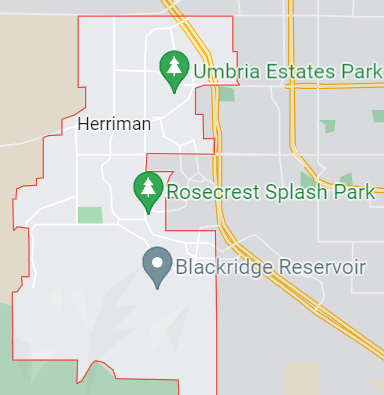